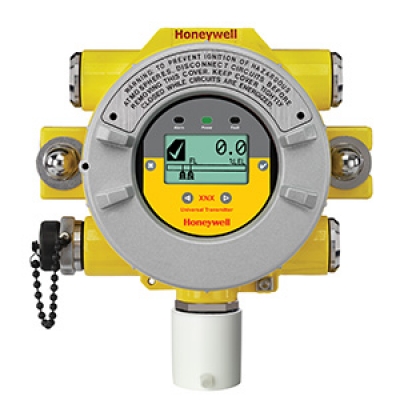 This Tip from the Field is about gas detection sensors in poorly ventilated rooms monitoring flammable solvents.

Justin Denson, Regional Sales Manager for Texas City, Freeport and Sweeney, worked with a plant that had a small room where they stored containers of solvents. One sensor was constantly alarming, other LEL sensors were in readings, and the O2 wasn’t sitting at the optimal 20.9%.

“The customer called me and said, ‘Hey, we think there might be something wrong with our equipment,'” Justin said. They were using the XNX Transmitters with with the MPD catalytic-bead sensors and Series 3000 2-wire transmitters with O2 sensors.

“I went onsite and looked at the application. There was no ventilation whatsoever in the room. The solvents they were pouring into containers would often spill onto the floor. The LEL detector in constant alarm was located maybe 6” off the floor–which is good for this application.

“Their installation of the detection equipment was correct, but the environment was not proper. They had total coverage in the room: An LEL sensor low close to the floor, an LEL up on the ceiling, and an LEL about halfway up the wall. And then, of course, the O2 sensor.

“I determined that all the sensors were working as designed. But there wasn’t enough ventilation in the room for the amount of flammable solvents spilling onto the floor as they filled the containers. Poor ventilation, alone, kills the life of an LEL sensor.

“Additionally, there were many different maintenance workers going in and out of this room using different lubricants and solvents to keep this conveyor belt moving along. I explained how products containing silicone (present in the lubricants) damage catalytic-bead LEL sensors, rendering them unable to detect combustables.”

Have an environmental challenge in your plant that you’d like to troubleshoot with one of our gas detection experts? Use the Live Chat on the bottom right of this page.

The Case of the Poisoned Sensors
The Worst Kind of Hazard is a "No Awareness" Hazar...